Alone on "le Mont Ardu", 697m above sea level, the castle watches over the village of Lapradelle-Puilaurens and the surrounding forest of Fanges. Its battlements remain almost entirely intact, and dominate the steep slopes. It is one of the best-preserved royal fortresses, and also the setting for an enduring legend.

In the 10th century, Saint-Michel-de-Cuxa Abbey received the valley of Boulzane as a gift. The Abbey founded the Saint-Laurent Church there, attached to a fortified building. The Abbey kept control of this castrum (fortified village) of "Puèg Laurenç", "Puilaurens" in French, until the Albigensian Crusade. During this period, the castle provided shelter for exiled and heretical lords. The village, located on the side of the mountain right next to the castle, also played its part. Alongside Quéribus, it was a final refuge for exiled Cathars. Saint Louis took control of Puilaurens in 1255, at the same time as Quéribus. A course stone tower, curves in the road and ramparts increased the active defences against Aragon. This well-armed castle remained a rear base, (a point of support), far from the battles that raged in the middle of the 14th century. Puilaurens was only captured once, in 1637. Returning into the French fold, the fortress continued to be improved and its garrison was well-maintained until the French Revolution.

Curves in the road

The extra twists and turns in the road defends the paths which have led to the castle since the 16th century. It is impossible to go fast, whilst avoiding the loopholes that watch over each floor. Up above, the Tower of the White Queen looks increasingly impressive. 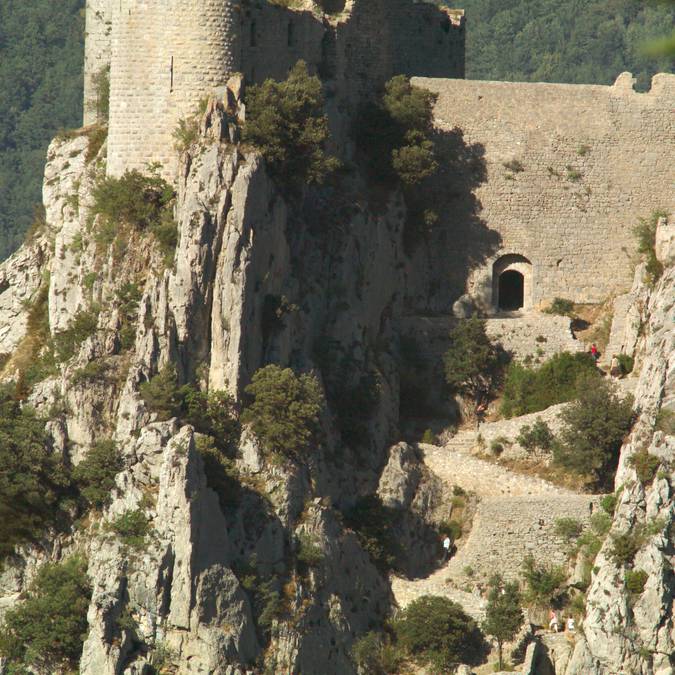 The great court of the castle is enclosed with a curtain wall that is 10m high and 1.2m thick. Its battlements will catch your eye, and they are what give Puilaurens such a beautiful silhouette. At the end of the outer wall, a vast panorama shows Canigou to the south and the buttresses of Corbières to the north. 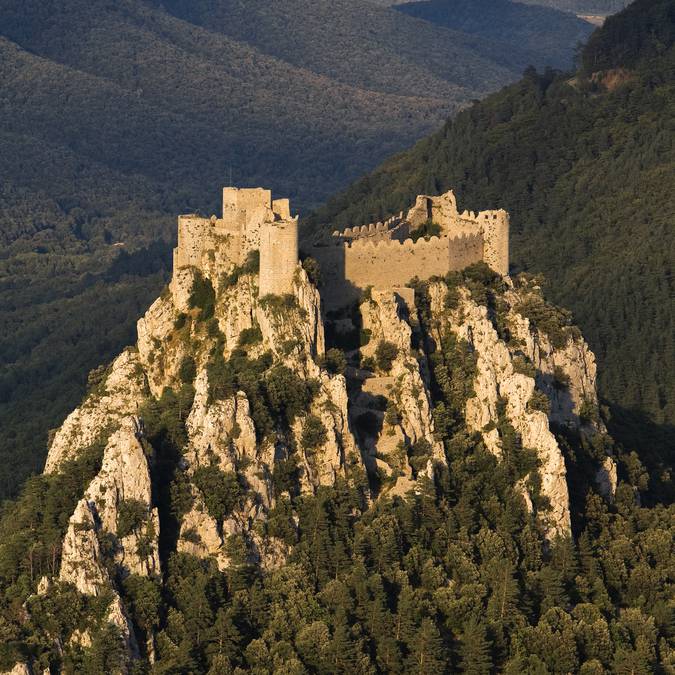 The galleries can be accessed near to the North Tower of the second outer wall, and were hollowed out by the water which filters through the permeable limestone ground. These natural galleries could be accessed from outside, on the side of the cliff, but have been closed off by walls to serve as shops and stores. 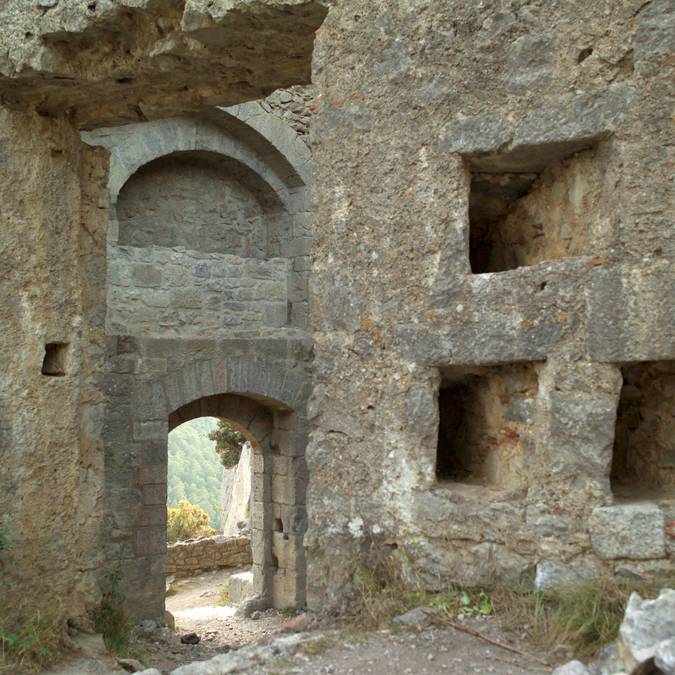 Tower of the White Queen

This circular tower, made from coarse stone, overlooks the winding road from dozens of metres up above. You can see a window with a stone bench from which the land can be surveyed. It also has a beautiful, rib-vaulted room, called "Saint Louis' room". 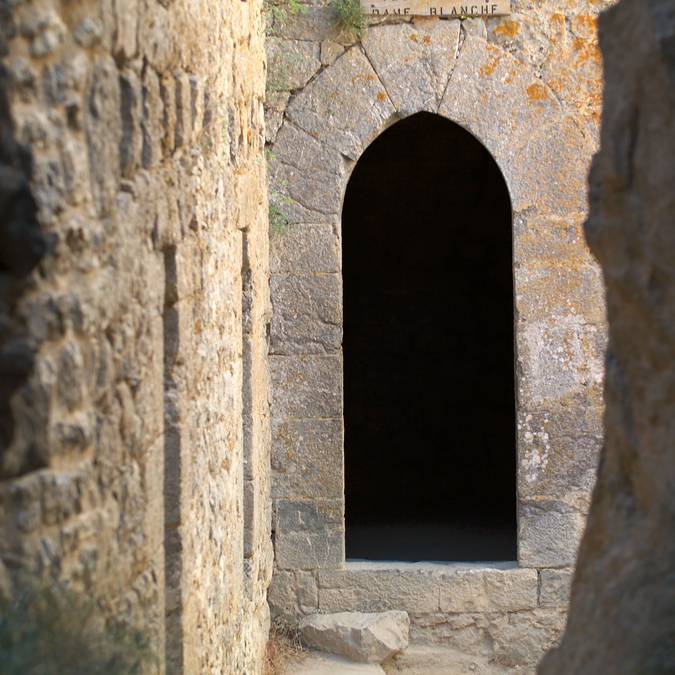 The Tower of the White Queen is comprised of two floors: a listening channel dug in the wall allows communication between the two floors It's an unusual service. 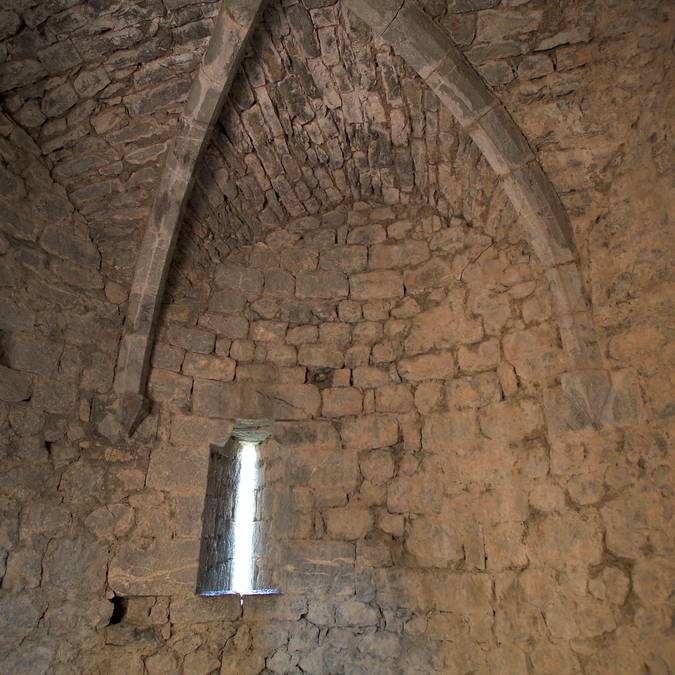 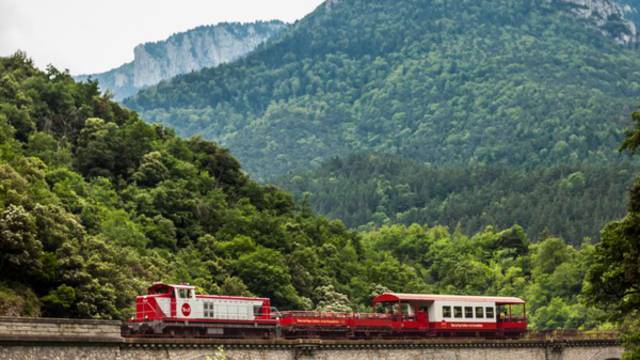 Puilaurens is a site of late-Middle Ages homes at the foot of the castle. The spread of timber transport via railway led to the development of a second settlement, called Lapradelle. Together, they form a mountain village crossed by the Boulzane and in the shadow of a large 19th-century viaduct. The remarkable piece of engineering has allowed rail passage for two centuries, today called the Pays Cathare and Fenouillèdes Train. Connecting Rivesaltes to Axat, you can catch the train from the village station. 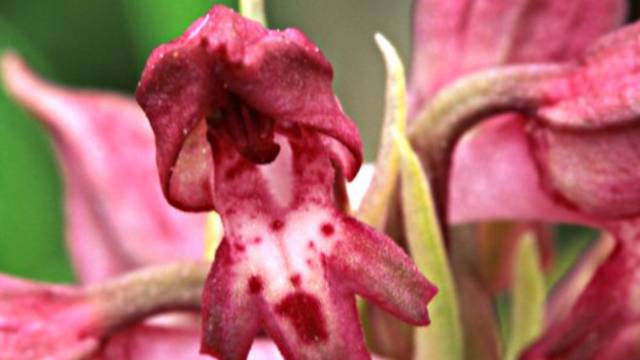 Puilaurens is right next to the enormous Fanges forest Colbert used the tall pine trees in this former royal forest to make the galleon masts for the Sun King. There is an exceptional diversity of flora and fauna here. For example, you can see the 'orchis punaise': the vibrant purple of these flowers masks the odour which gives it its nickname... This endangered wild orchid is now under protected status. 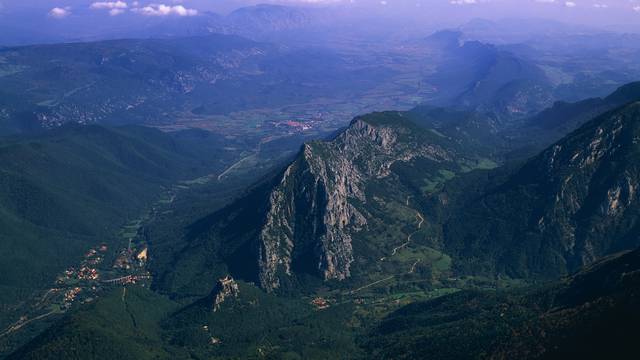 The castle crowns the mountain ridge of Mont Ardu, and can be reached on foot from the village via a variant of the Cathar Trail. The ascent demonstrates the effectiveness of the natural defence of this 650m-high, steep peak. 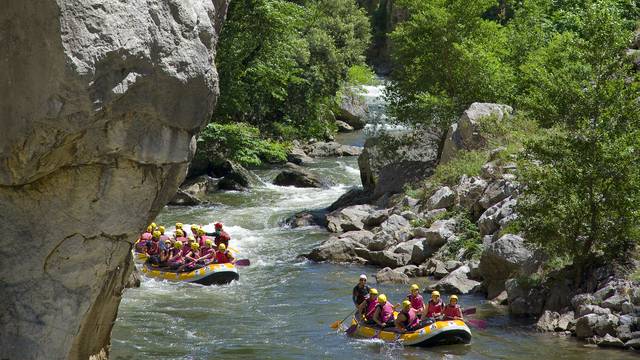 Alongside the Galamus gorges, this is one of the most impressive natural sites in the region. The River Aude, still fast-flowing at this point, has hollowed out a gorge out of the 300m-high cliffs. This place is famous for white water sports, such as rafting or canoeing. It's just as thrilling for the spectators as it is for the participants!

La Boulzane is a stream that begins in the slopes of the Dourmidou, above Montfort-sur-Boulzane, and flows into the Agly at Saint-Paul-de-Fenouillet, providing 33km of clear water and lively waterfalls. The site is a key part of the Natura 2000 Area of the Upper Valley of the Aude, and is home to a curious little aquatic creature called a Pyrenean desman. 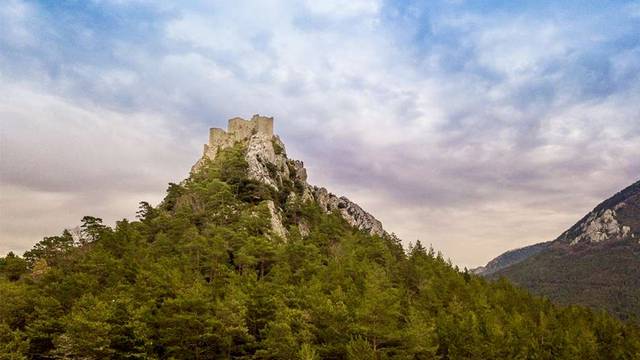 Soak up the medieval atmosphere of an iconic fortress of Cathar Country! Puilaurens Castle, one of the so-called “vertiginous citadels” clings to the top of a vertical rock face. Its walls and towers bear the marks of time and the history they’ve witnessed. A fabulous setting for a trip back to your childhood… Can you find the “secret” passageways that lead to some dizzying panoramic views? (Find out more).

Legend has it that the White Lady sometimes appears during winter nights near to the tower that bears her name. These old stones remember Blanche de Bourbon, the great-niece of Philippe le Bel, and the unhappy wife of Pierre the Cruel. Apparently, she sought refuge in our mountains... 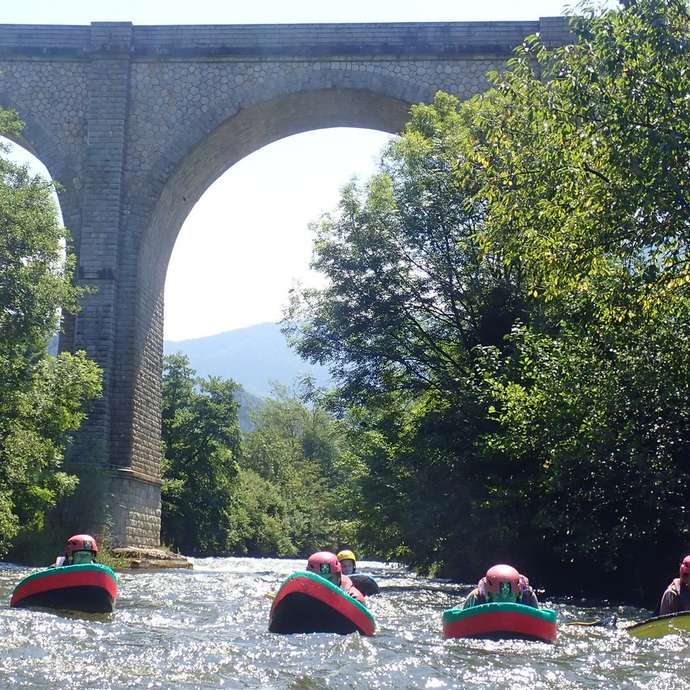 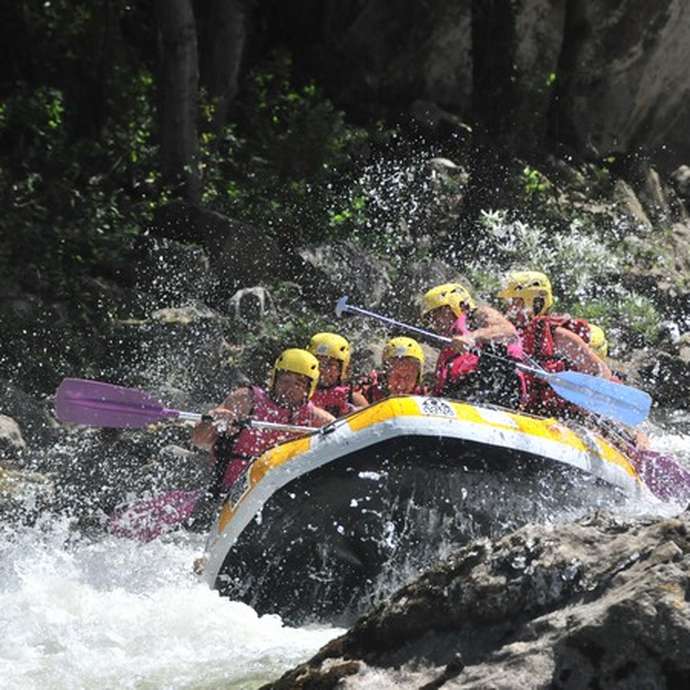 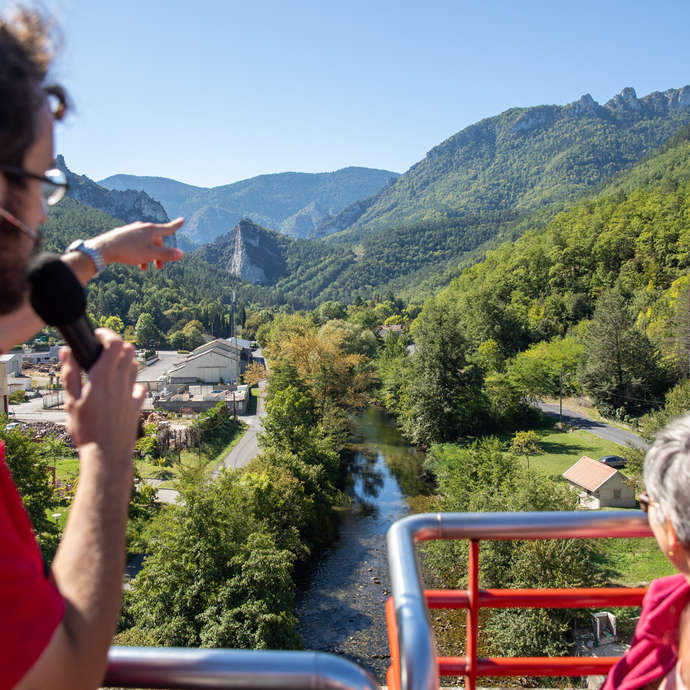 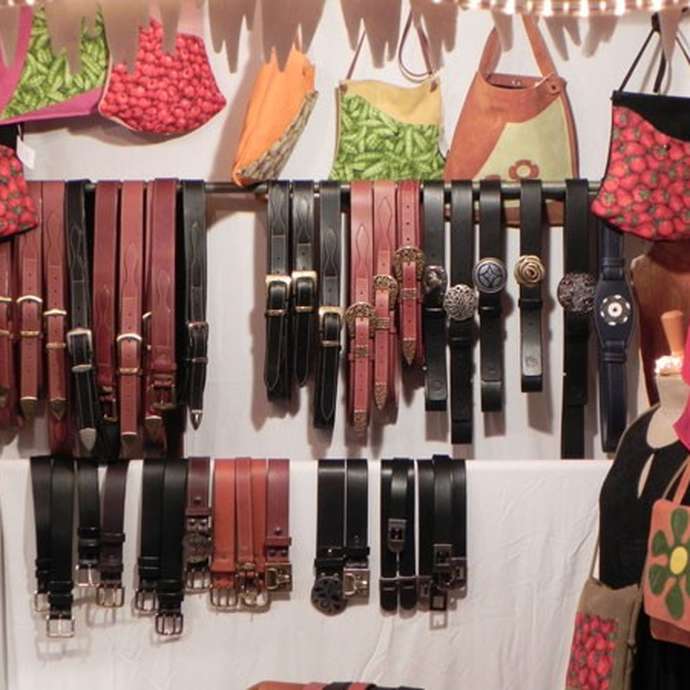 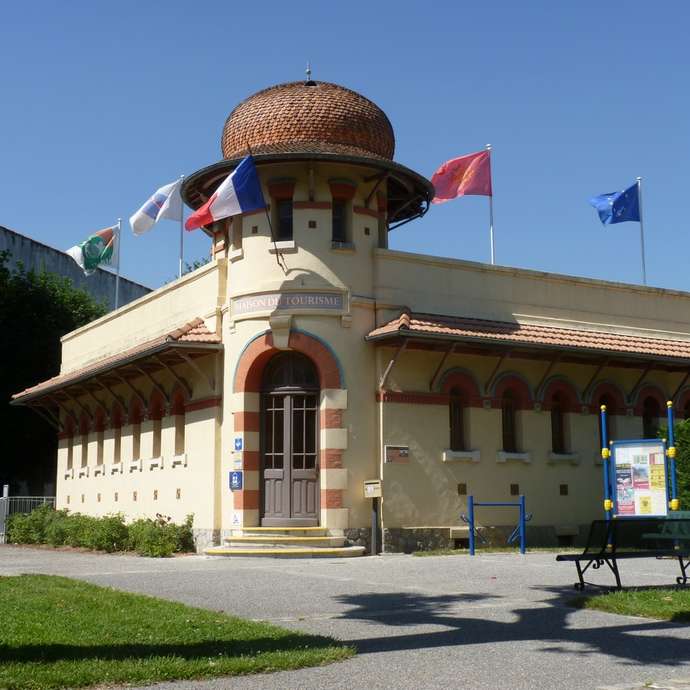 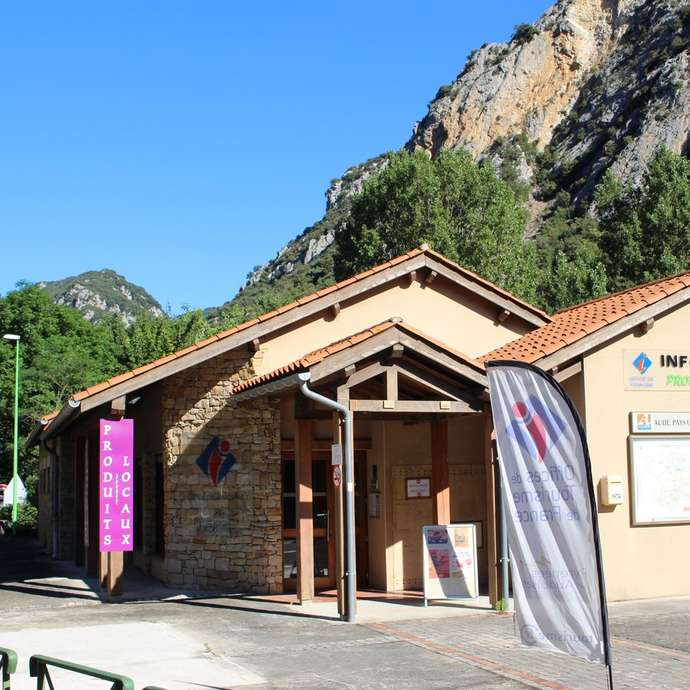