The Crusade A holy war on Christian soil

Catharism, which spread from the lands of the Comtes de Toulouse and the Trencavel family throughout the 12th Century, was particularly popular with the nobility. Various fruitless campaigns tried to stem the tide of this movement: Bernard de Clairvaux (who was to become St. Bernard) was sent to Albigeois, in Toulousain; Dominique de Guzman (who was to become St. Dominique) preached against it. 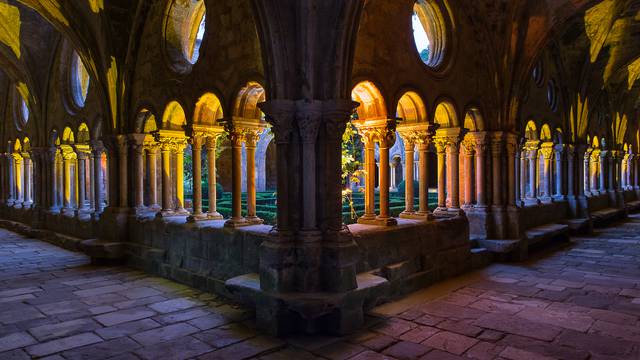 In 1208, the Pope sent his legate Pierre de Castelnau to rouse the local nobility to action. His words were in vain. The papal legate pronounced the excommunication of the Comte de Toulouse...and was assassinated a few days later on his journey back. This event led Pope Innocent III to muster a military expedition. He granted his soldiers the same indulgences as were granted to those fighting in the Holy Land. The expedition became a ‘crusade’, the Crusade against the Albigensians - this name was chosen because the region of Albi was deemed to have been particularly affected by the heresy. 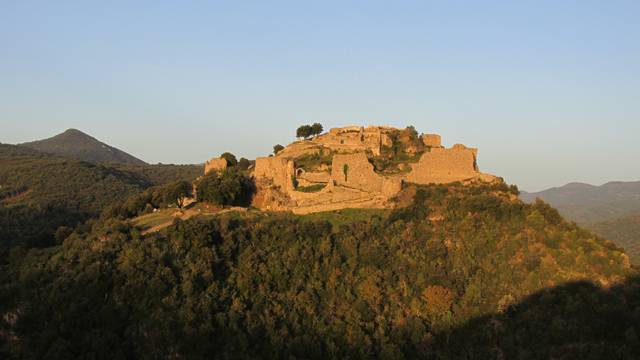 In 1209, an impressive army surged into the region, its ranks headed by an effective war leader: Simon de Montfort. Châteaux and towns fell rapidly, sometimes without a drop of bloodshed, either terrorised by the massacres or poorly organised. Other sites put up greater resistance, thanks to their natural location, such as Minerve, Cabaret and Termes. The southerners did not really put up a united front. The war was far from over, however. 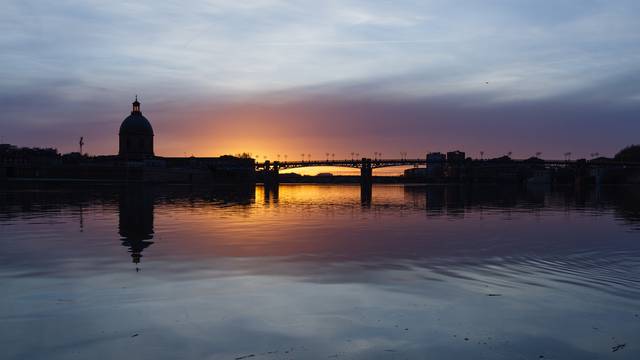 In 1213, the King of Aragon intervened to defend his former enemy, the Comte de Toulouse. He did so because he had an even more dangerous enemy in the region: the King of France. The move was a disaster, and he fell at the Battle of Muret. In 2018, it was the turn of Simon de Montfort to die, beneath the walls of Toulouse this time. The Treaty of Paris brought an end to the conflict in 1229, even though resistance emerged or persisted until 1240-1250. 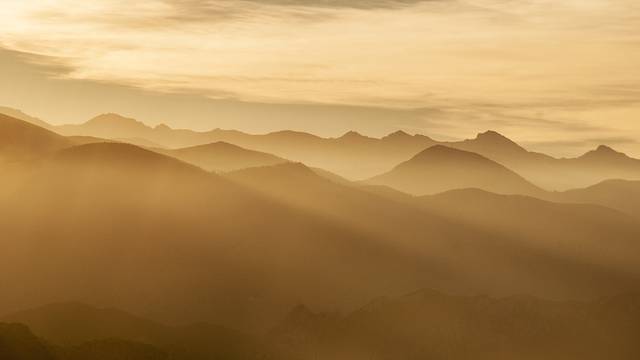 This crusade, which began as a religious campaign before becoming a royal one, ended with the French Crown victorious. The lands of Central Occitanie lost their sovereignty, and the Treaty of Corbeil in 1258 established a border at the south of the kingdom that would last for four centuries. Some of the crusaders settled down in the freshly conquered lands and put down roots.

There were two main stages in the Albigensian Crusade. The former stage, from 1209 to 1223, is known as the “Barons’ Crusade”. The King of France at that time was Philippe Auguste. He refused to lead this expedition. He doubtless had several reasons for his decision. He was still at war with John Lackland, King of England, and against the Germanic Emperor Otto IV. Waging war on another front would not have seemed prudent. In addition, was the Pope legitimate in wanting to confiscate the fiefdoms of which he was the suzerain? In 1223, Philippe Auguste died, just as a council was being organised in Paris to negotiate peace in Longuedoc. The plan for peace was abandoned at the instigation of Blanche de Castille, wife of Louis VIII and mother of the future Louis IX. The Crusade was restarted, this time as a royal Crusade, a war of conquest. 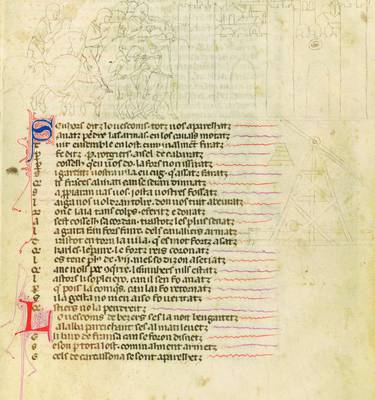 Tales from the Crusade

Many ancient or mediaeval conflicts are known only from the accounts of the victors. This is not quite true of the Albigensian Crusade. There are four main chroniclers, each offering their own perspective.

Pierre des Vaux-de-Cernay, a Cistercian monk and nephew of the Bishop of Carcassonne in 1212, was a first-hand witness. He was biased in favour of the Catholic side, but his « “Histoire albigeoise” », written in 1218, is an important account.

Guilhem de Tudèle and his anonymous successor wrote the invaluable “Canso”, in the Occitan language. This work can be broken down into two separate parts: the part from Guilhem de Tudèle, essentially on the side of the Crusaders and thus of the Church, and the part from an unknown person that is firmly placed on the side of the Comte de Toulouse and his allies. The second part of “Canso” is therefore a powerful anti-propaganda text in favour of the Toulouse camp. A handwritten copy of the full “Cançon de la Crozada” is conserved in the French National Library. This text, rediscovered during the 19th Century, was described by Frédéric Mistral as the “Bible of French nationality”. Finally, Chronique by Guillaume de Puylaurens brings a more retrospective and fairer regard, even though its author was also a member of the Catholic clergy. 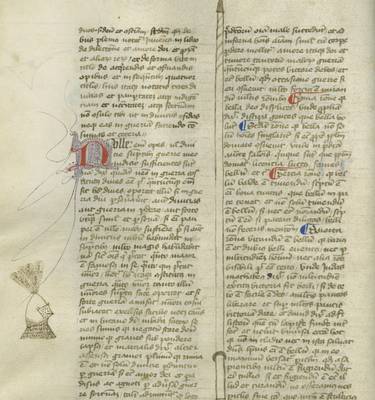 The art of war

The three main chronicles of the Crusade tell the tale of 39 sieges. The crusaders conquered cities and large towns and vied for the major strongholds in the hinterlands...all this called for significant resources in terms of both men and equipment.

The use of modern artillery (mangonels, bricoles, trebuchets, etc.) required specialised troops and impeccable organisation. For example, Archdeacon Guillaume was summoned from Paris to build war machines during the siege of Termes in 1210.

Against such a potent and masterful army, the Languedocians had their mountains, their walls, their ditches, their stakes and their patrol paths. They also attempted sorties outside the walls, always at great risk.

The war was also a psychological one in which each side strove to make an impression on the other. Massacres, such as the Massacre of Béziers in 1209 that claimed around 20,000 lives, were part of this. In addition to massacres, there were burnings at the stake, raids to destroy harvests, the mutilation of prisoners and the use of Greek fire. 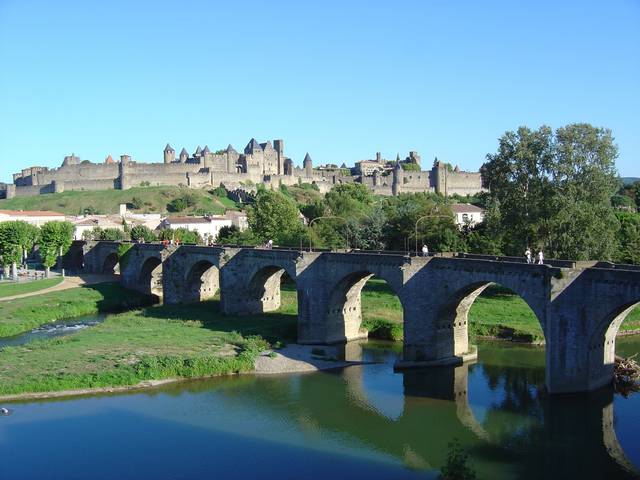 New agglomerations emerged following the Crusade. In certain cases, this was due to a resolute campaign of reorganisation by the new authorities, who deemed that having settlements too close together was dangerous. This was the case in Carcassonne, where the suburbs were replaced by a new town in 1240, as well as in Limoux, Termes, Cabaret and probably Saissac too.

Other villages left their hilltop locations to move closer to arable land and sources of water. For standard-construction fortified towns, the economy triumphed over the military: the market square became the main attraction, and the settlement was no longer under the dominion of a seigneurial château.

The feudal lords could change as well. Some were dispossessed; these faidits, Occitanian nobles whose property had been confiscated, did not always get all their assets back at the end of the Crusade. Some were replaced by crusaders who set up home. This was the case in Arques, for example, with the Voisins family, who owned the château but treated themselves to another family home. Another sign of the times...