This is the "vertigo citadel" par excellence. Hugging the limestone cliff, the fortress of Peyrepertuse covers an area of 300m! The highest point of the castle is at an altitude of 800m, towering above the village of Duilhac and dominating the spectacular landscape. This magnificent building makes for a rich and awe-inspiring visit.

Inhabited since the Classical period, the site of Peyrepertuse first consisted of a small fortified settlement. The fortress is mentioned for the first time in 1020 in the will of Bernard Taillefer, the count of Besalù, a small Catalan territory. From 1162, it was part of the kingdom of Aragon's defensive line against the Occitan lords. Peyrepertuse did not play an important role during the Albigensian Crusade, but its destiny would change dramatically. In 1240, it fell under the control of the King of France, who made it a key part of his line of defence against Aragon. Louis IX and his successors wanted to demonstrate all their power here. The royal architects carried out a masterpiece of innovation and adaptation to the terrain. They created a wonderful piece of military architecture which, at the end of the 13th century, proudly defied the kingdom of Aragon. Its strategic importance ended with the Pyrenees Treaty in 1659, but until the French Revolution, men continued to watch over this beautiful castle, which had become a shadow of its former self.

In the lower wall

Passing through the castle gate, you will immediately notice the strength of these high walls. Two towers overlooking the gorge wait for enemies from the North; at the end of the overhang, the triangular tower sees off blows from catapults; arrow slits everywhere play with shadows to make the crossbow shots more effective. 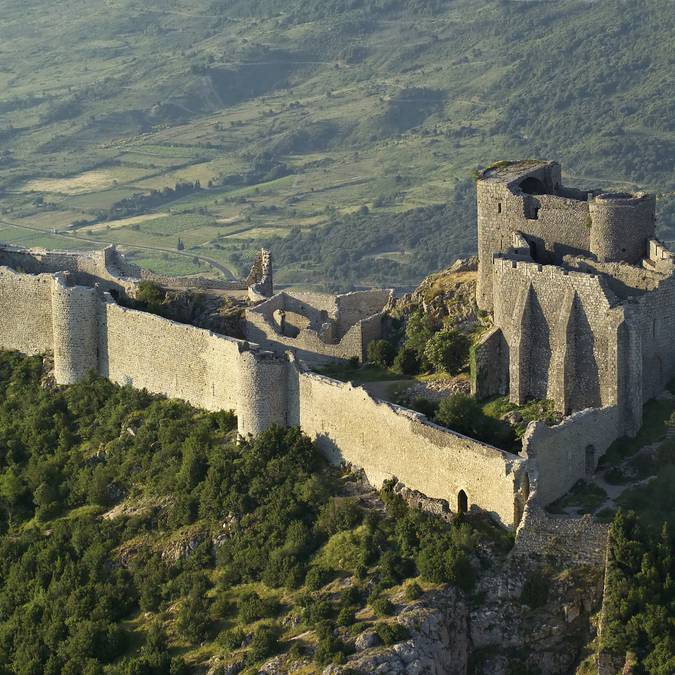 The oldest part of the castle is arranged around an enclosed courtyard defended by a postern (a secondary door or gate in a wall). The main building and its tower pierced with arrow slits suggest military anxiety. The Roman Chapel of Saint-Marie preserves the memory of the secret prayers of Dona Soria, the mistress of Du Guesclin, a prisoner of the Spanish during the 100 Year War. 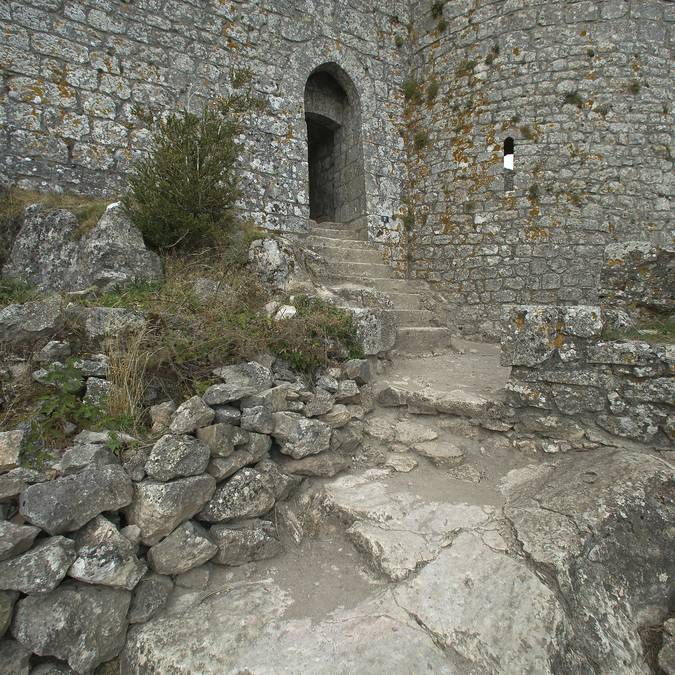 Saint Louis ordered the construction of this staircase in 1242, in order to link the castle to the Sant Jordi keep. Its 60 steps were dug out of the rock, on the edge of the cliff. Climbing up is an amazing experience. 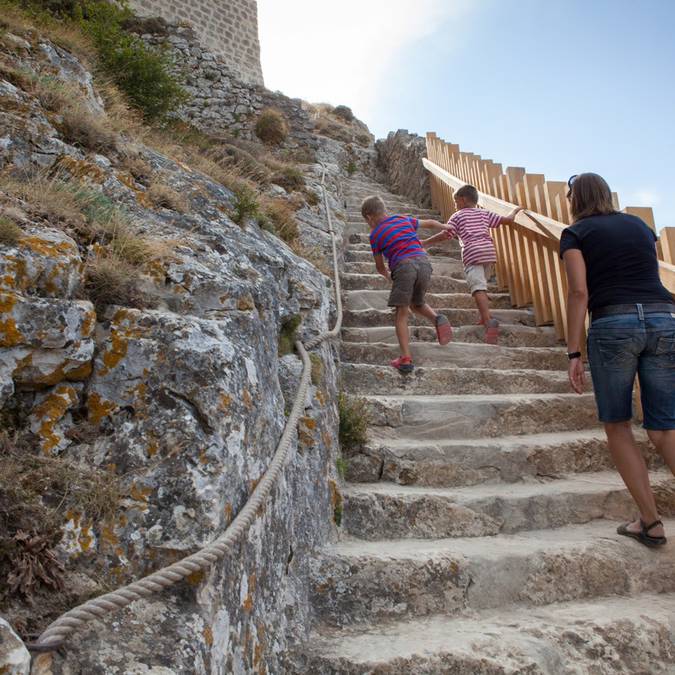 Sant Jordi, or "Saint Georges" in French, is often celebrated in high-up sanctuaries, alongside Saint Michel, another dragon-slayer... The Sant Jordi keep, where the remains of the chapel's choir stalls remain, is the highest point of the fortress. Perched on the steep hillside, you will take in a magnificent landscape which extends from Bugarach to the Mediterranean. Below, you can see the extraordinary size of Peyrepertuse. 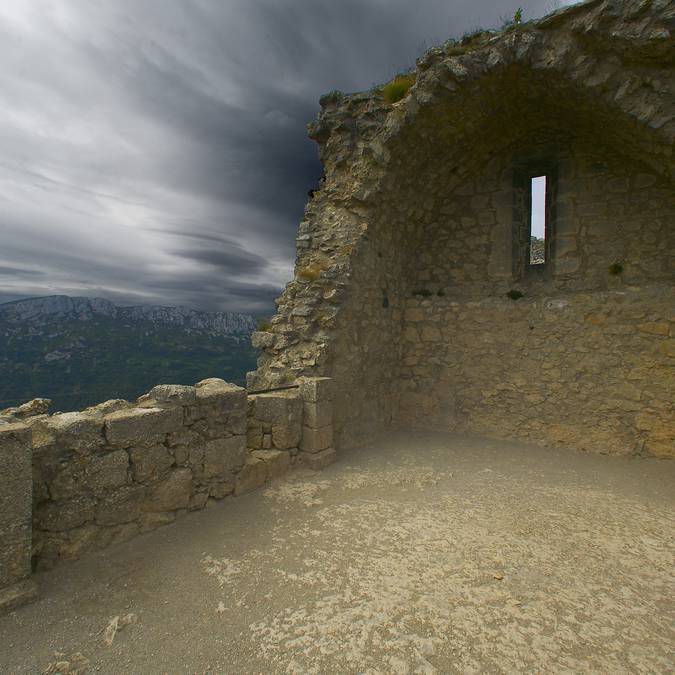 Peyrepertuse controls the area bordered by Fenolhedès to the south, Razès to the west, Termenès to the north, and Narbonnais to the east. The castle provides stunning views over all the surrounding valleys and mountain passes. The heath, the limestone crest, and the vineyards with plump grapes spread out under an enormous sky... 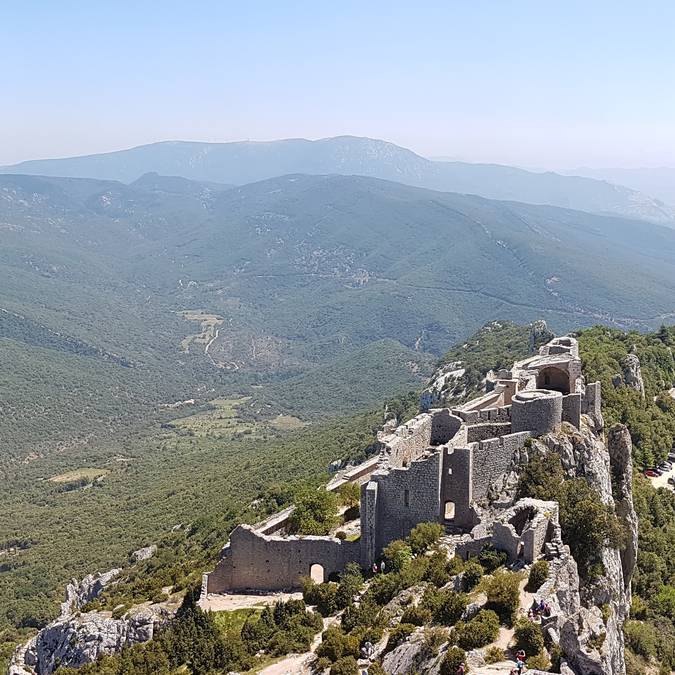 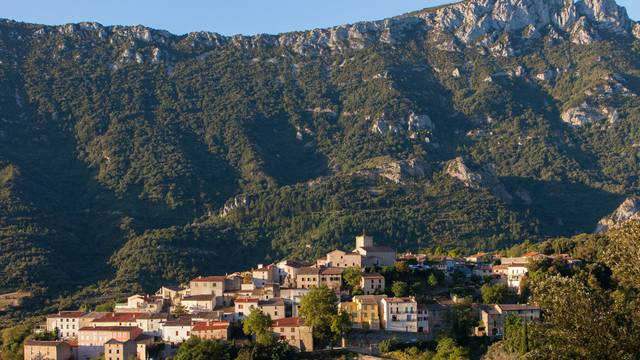 Perched on a rock, Duilhac is surrounded by vineyards and mountains. This village is not fortified, aside from a central nucleus that includes the Church of Saint Michel. Beautifully renovated, it welcomes visitors into a charming, picturesque setting. The quality of its recent refurbishments has led the village to receive a Trophy for Urban Planning from the environmental minister in 2008. 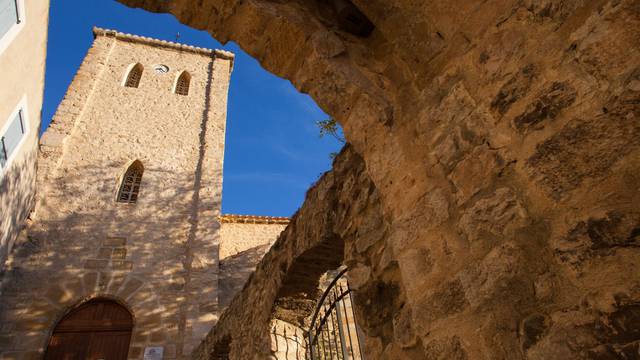 The Church of Saint Michel

This Roman church undoubtedly led to the growth of the ecclesiastical enclosure from the 11th century, around which the village has developed. In this sacred space, the 'Peace and Truce of God' was invoked to protect peasants and the clergy from attacks by the lords. Duilhac received a 'Rubans de la Patrimoine' prize in 2002 for the restoration of this church. 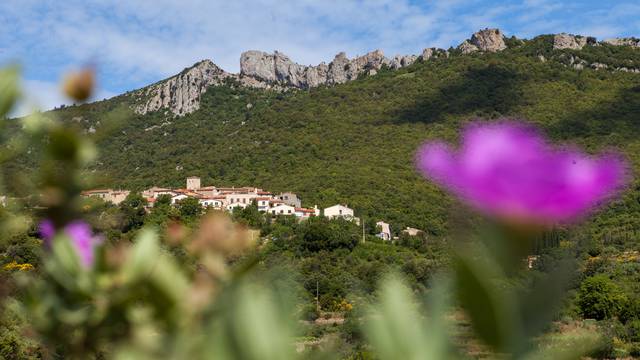 During the One Hundred Years War, this refortified ecclesiastical enclosure developed into a 'Fort', whose door is still visible. Some villagers would have owned refuge houses inside its walls, to protect themselves in the event of an attack. 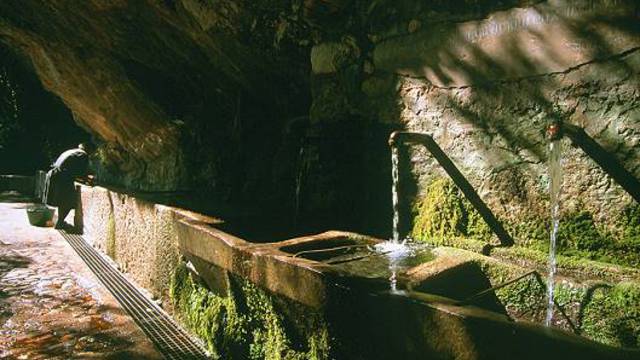 Below the village, hugging the natural contours of the rock, lies the Fountain of Duilhac. Carved into the rock, the words of Ronsard ring out like a pledge: 'Quiconque en boira qu'amoureux il devienne…' (Whoever drinks it, will fall in love) Poetry and fresh water await... 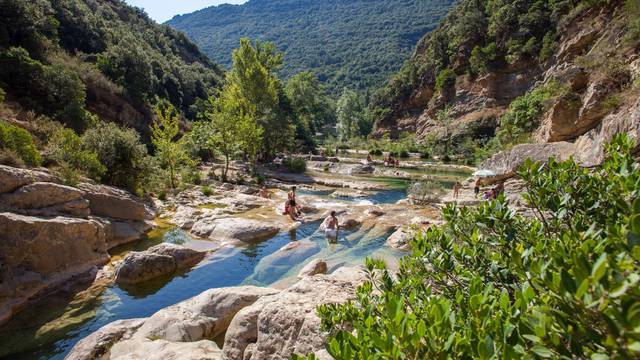 To grind their wheat, the residents of Ribaute had a precious commodity: the Ribaute mill. This water mill on the Verdouble belonged to them and, amazingly, was exempt from taxes, which were called 'banalités' (trivial). A path leads you to the ruins. In the forest of green oak trees, snakes flee quickly. Next comes the heath, the cistus, the broom trees and dogwood... the majestic silhouette of the castle breaks up the sky, alive with the cries of birds of prey. Finally, the Verdouble appears, over the ridge of the protective high limestone cliffs. 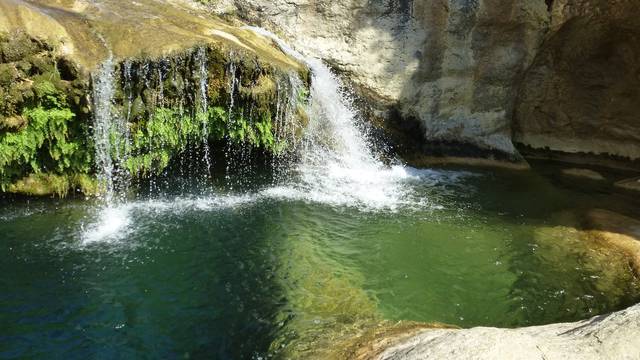 The clear water gushes down waterfalls, then gathers briefly in little pools, hollowed out of the rock that rises towards the sun. The only sounds are the caresses of the breeze, the call of cicadas and the gurgling of water. 'Les Cascades' is a little piece of paradise maintained by the village of Duilhac in the Verdouble gorges. Drive down a little road lined with vines, and you will arrive at this natural leisure centre. A car park, picnic tables and compost toilets are available. In order to protect this area, BBQs are forbidden. For your safety, bathing is forbidden except when a lifeguard is present, in a designated bathing area. 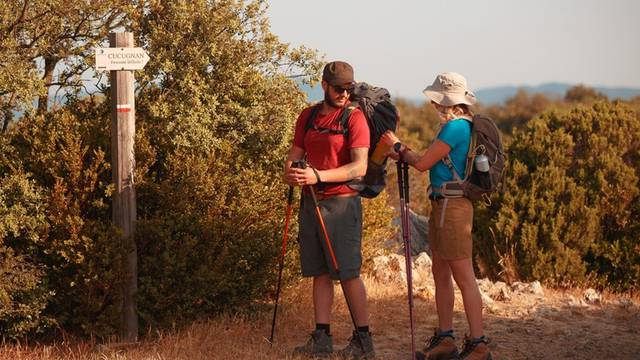 Duilhac is a picturesque stop along the Cathar Trail. The stage that leads here departs from Tuchan, and is undoubtedly one of the most spectacular, as is the stage that follows. As you approach the village, the wild paths are replaced by vines. Welcoming narrow roads will lead you to a communal rest house in the centre of the village. The following day, fresh and ready, set off towards Camps-sur-l'Agly. En route, the imposing Galamus Gorges will open up in front of you...Find out more about the Cathar Trail experience (find out more).

'Petra Pertusa', or 'pierced rock', was once an important centre of power, as shown by the fact that an entire region is named after it! In this area, many regions are named after castles, simply by adding the suffix '-és' in Occitan. Therefore, you get Fenolhedés from Fenouillet Castle or Lauragués from Lauragais (French) from Laurac, Termenés from Termes, or, in this case, Peyrepertusés from Peyrepertuse. Today, unlike Fenolhedés, Fenouillèdes in French and Fenolleda in Catalan, the name 'Peyrepertusés' is no longer used. 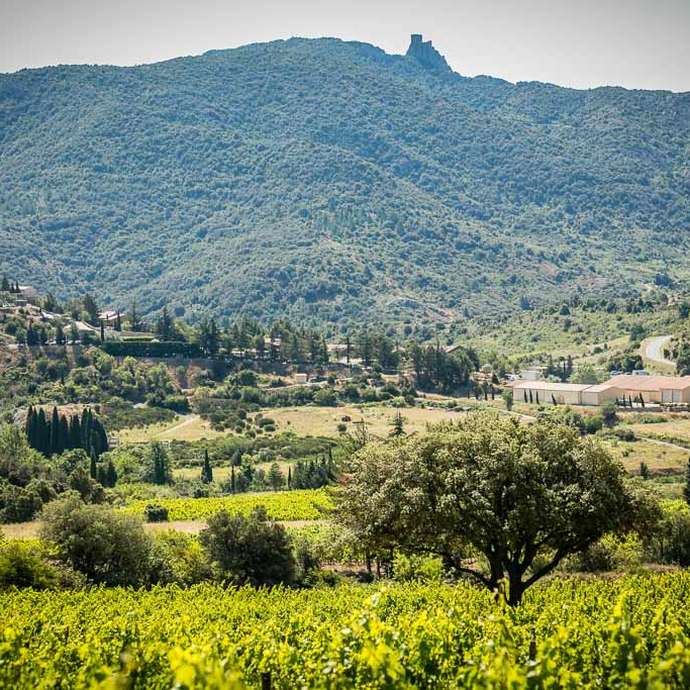 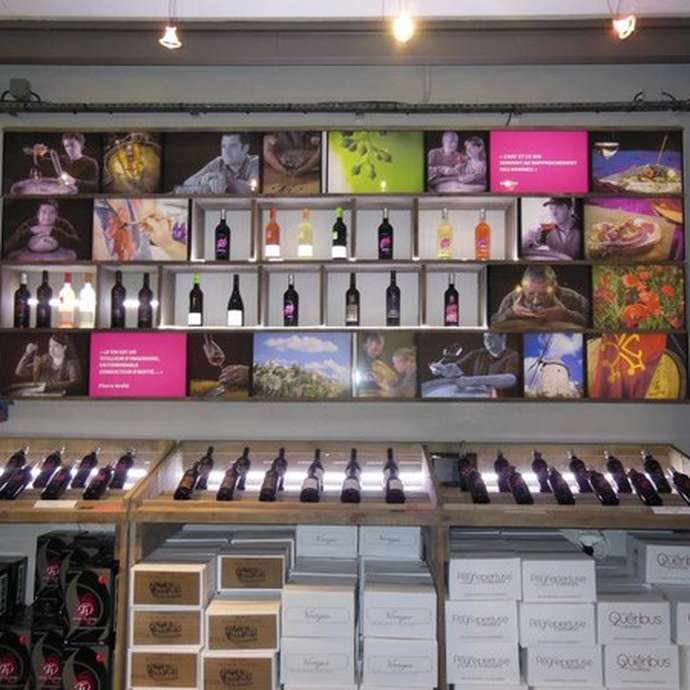 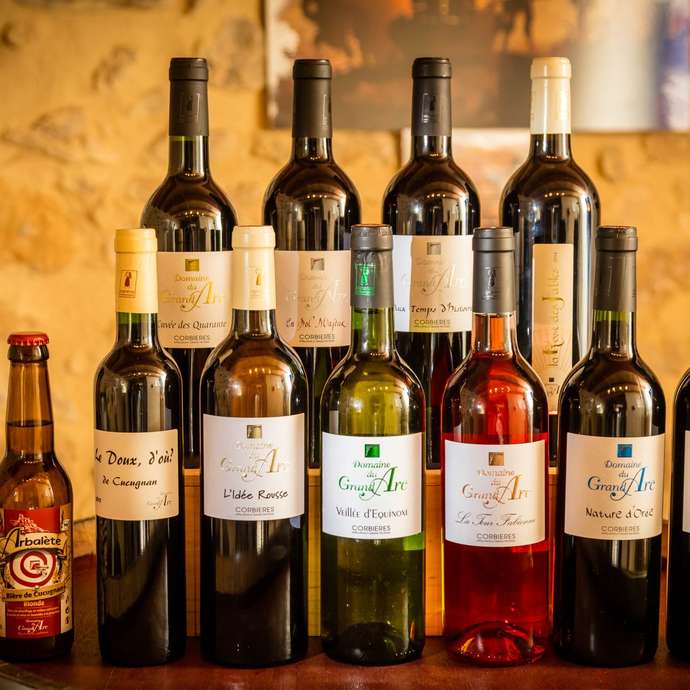 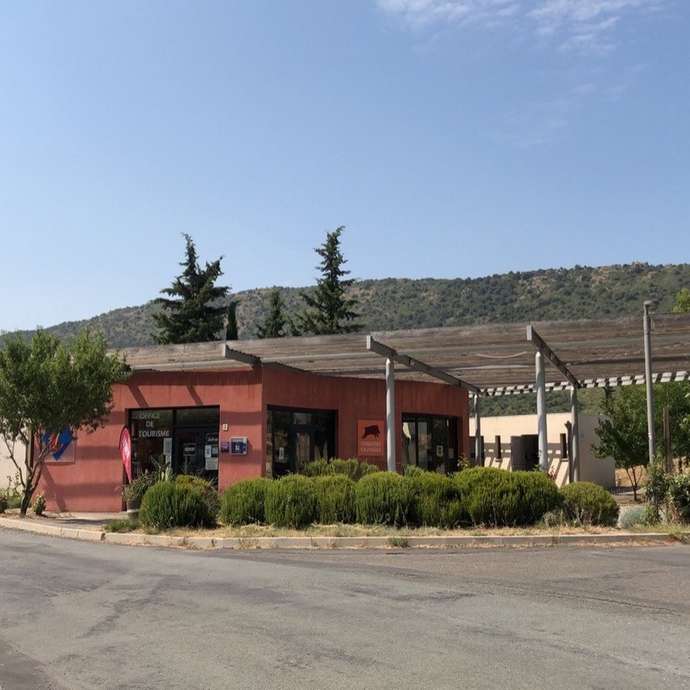 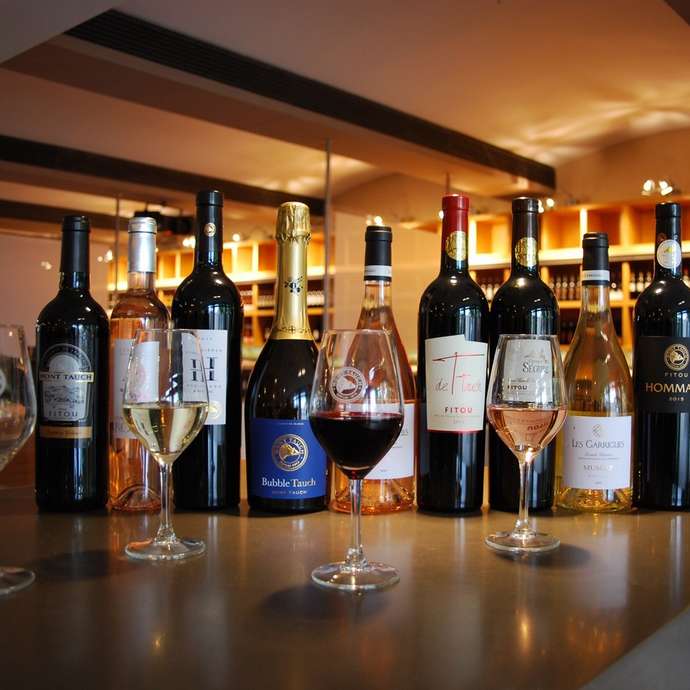 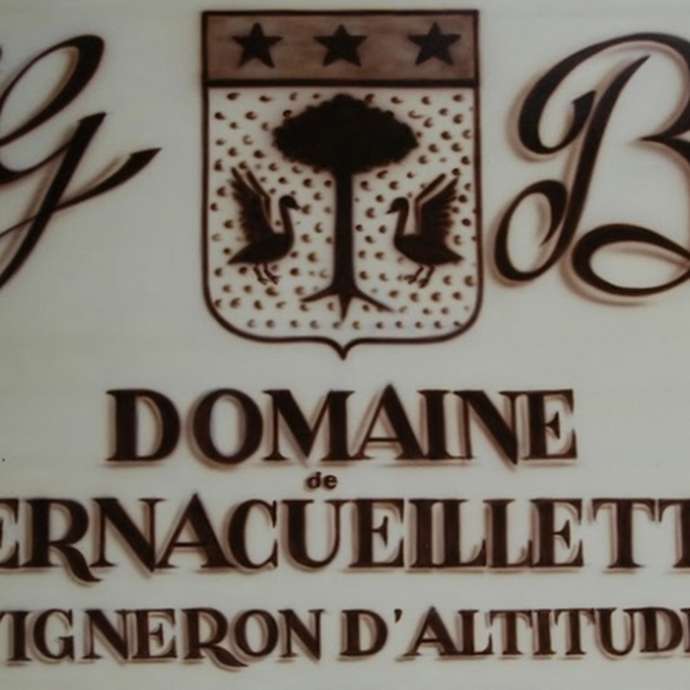