Castle and Ramparts in Carcassonne

A majestic city, unique in the world

Certified as a UNESCO World Heritage site in 1997, the medieval citadel of Carcassonne is enchanting. It looks like the product of someone's imagination, with its count's castle, two city walls and 52 towers, rising above the river Aude, the vineyards and the Town. Remodelled in the Romantic style during the 19th century, the medieval city is an outstanding heritage site

Carcassonne has a two-part history. During the 6th century BCE, the first site was abandoned, in favour of its current location. This fortified town became the stronghold of the Later Roman Empire with the construction of a 1km city wall, flanked by 30 towers. 1000 years later, Saint Louis and his descendants had a second city wall built around the first wall. Previously the centre of power of the Trencavel viscounts, who had held their court there since 1125, Carcassonne became the jurisdiction of the Seneschal, directly linked to royal influence. We are now in the middle of the thirteenth century during the Albigensian Crusade. The Trencavel family have surrendered, but the population is worried. The Seneschal had the old buildings destroyed because they were too close to the ramparts, and he built the Lower Town on the other side of the Aude. The Upper and Lower Towns had different destinies. The ancient citadel slowly collapsed during the 15th century. La Bastide (Lower Town), by contrast, prospered thanks to a flourishing textile industry which lasted for 5 centuries. The medieval citadel was saved by JP. Cros-Mayrevieille, who had it classed as a historic monument in 1849. Viollet-le-Duc led the first restoration works. The medieval city thus became an outstanding example of an ideal Middle Age.

The walk around the ramparts is unforgettable. On the north side, the Gallo-Roman ramparts and their horseshoe-shaped towers provide a stunning view over the Montagne Noire. On the west side, you can walk on the medieval ramparts: look through the battlements to admire the Lower Town and the Pyrenees. Visiting the ramparts was formalised at the beginning of the 20th century. In 1908, the first viewpoint indicator was installed at the top of the tower of Saint-Nazaire's gate for the first visitors. 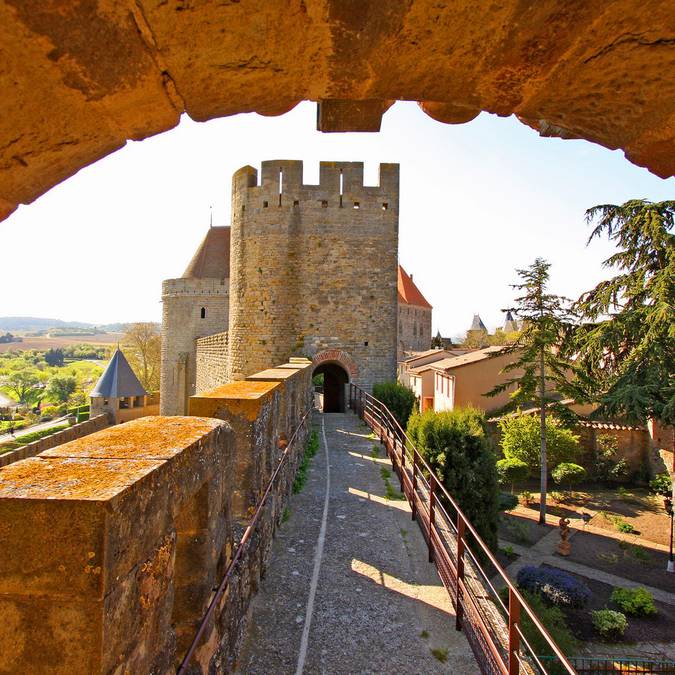 A fortress within a fortress, defended by a barbican, dry moat and outer wall. The eight towers, two keeps, watchtower and portcullises emphasise the strength of this centre of power for counts and kings. The visit is insightful, livened up with videos, inner courtyards surrounded by vaulted rooms and treasured Roman frescos. Unusually, the brattices (temporary wooden fortifications) are visible. These wooden galleries, built to protect the patrol paths and defend the base of the ramparts, were redesigned by Viollet-le-Duc, then built between 1909-1910. 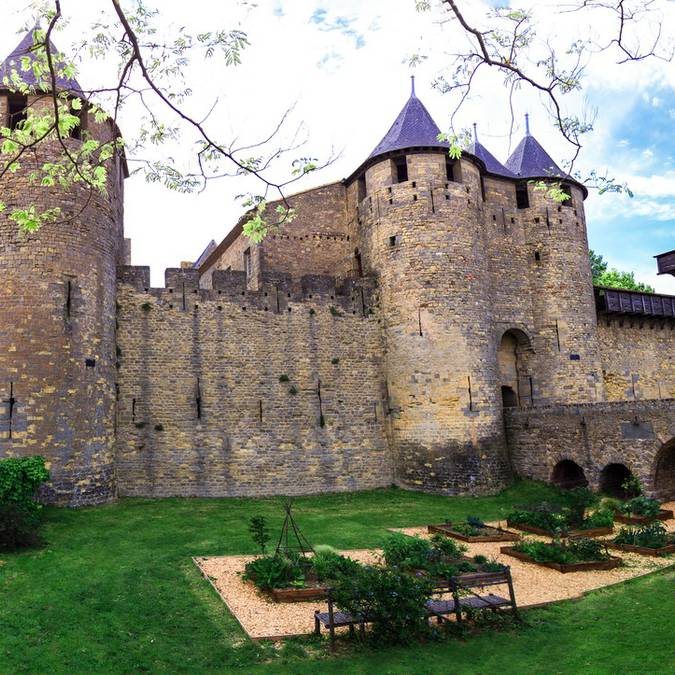 The Cathedral of Saint-Nazaire and Saint-Celse

Carcassonne is an old diocese: the first bishop was sworn in in 589. During this period, the original cathedral may have been built near the Aquitaine road. The Cathedral joined the medieval city in the 10th century. In 1096, Pope Urban II who had come to preach the Gregorian reform, came to Carcassonne and blessed the construction site. The main nave, as well as the two side naves, date from the Roman period. In the 13th and 14th centuries, the construction site, started in around 1270 by Bishop Bernard de Capendu, is a magnificent example of High Gothic architecture, characterised by its use of stone, glass and light. The two rose windows opposite the transept are striking examples of this architecture. To the left of the altar is an old-style rose window: with the Virgin Mary is in the centre, the wheel that surrounds her goes right up to the edge of the wall. On the right is the eternal rose window, as though stopped by two glass spandrels (the space between an arch and rectangular structure), is centred on Christ. At the meeting point of these two periods is the keystone at the centre of the transept. 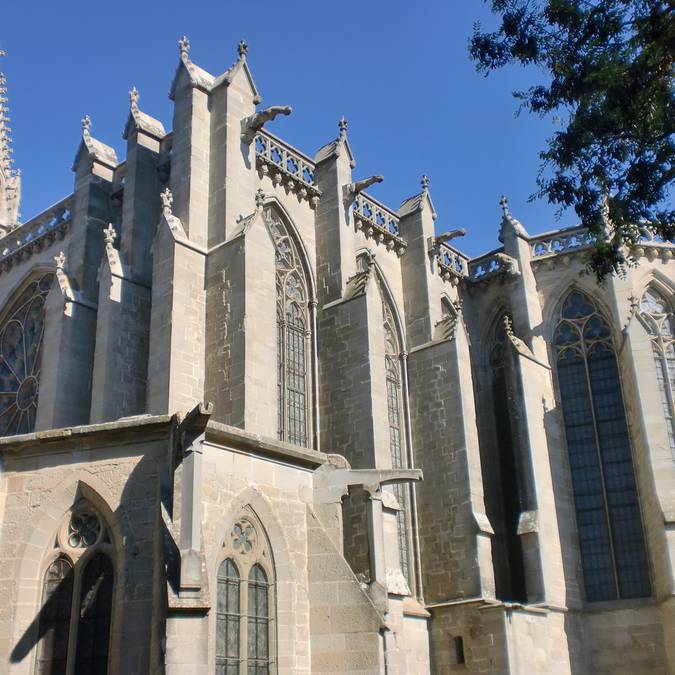 The roads of the citadel are crowded; in Marcou square, the shady café terraces are full. Take a small detour and find peaceful corners in a small courtyard with a central well, or in a little street with medieval houses. Further along, roads with restaurants, shops and artisanal workshops will lead you to the Theatre and Inquisition building. 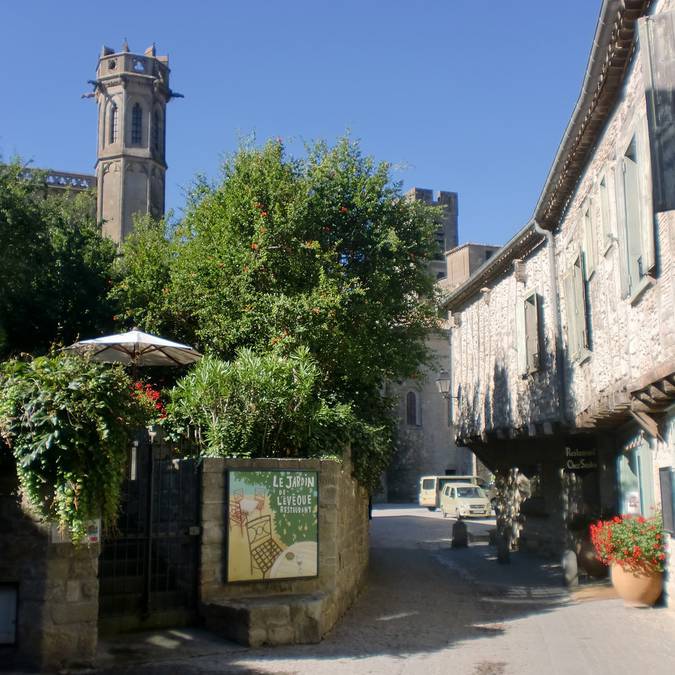 Built near the ramparts, the cloister of the Saint-Nazaire Cathedral was partly destroyed in the siege of 1209, before being completely demolished in 1792. Vines and orchards flourished here until June 1908, when the town council of Carcassonne decided to build a theatre on the same site. Open-air theatres were popular during this period, with spectators going to see plays at Orange, Nîmes or Béziers. In Carcassonne, the idea quickly took hold. The first show was performed on the 26th July 1908. The play was performed by actors from the Comédie Française, and crowds of people squeezed in. It was a memorable play; although somewhat acrobatic for the audience, it was a huge success. Plays were performed in the "Théâtre Antique de la Cité" every summer, except during times of war. The building was reinforced in 1909, then rebuilt in 1929. In 1957, Jean Deschamps founded the Carcassonne Festival, and the theatre now bears his name. The theatre was refurbished again in 1972. With its focus on diversity, Carcassonne Festival has become a major French cultural event, attracting thousands of people from across the world. Famous artists and new talent perform across all disciplines, including opera, theatre, dance, classical and contemporary music. 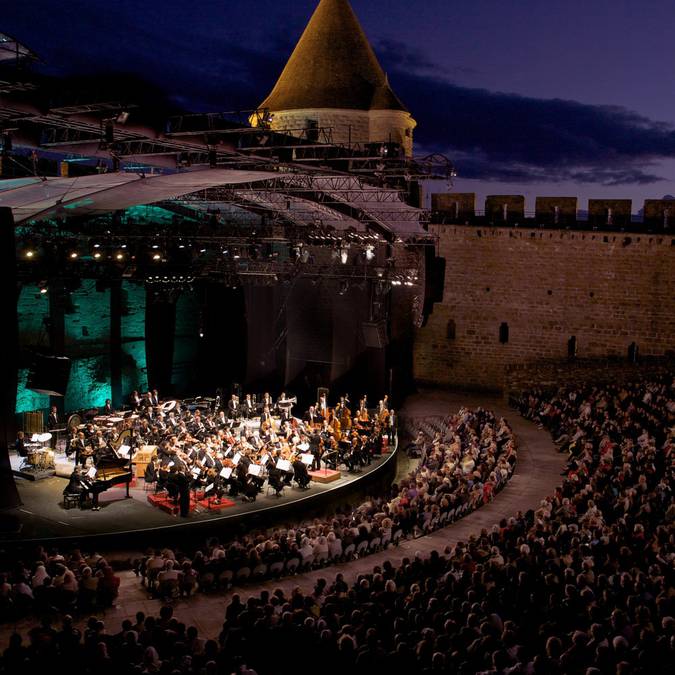 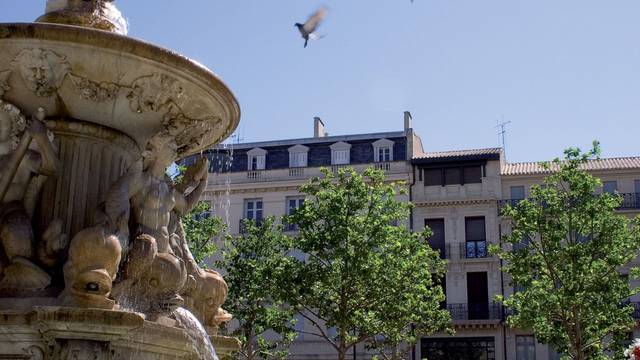 In La Bastide Saint-Louis, the roads are arranged in a chequerboard pattern around the large Carnot Square, presided over by the Neptune fountain. It boasts a superb architectural heritage that includes Gothic churches, (such as Saint Michel Cathedral and the Church of Saint Vincent), 16th century bastions and numerous mansions that highlight the town's prosperity from the 14th - 18th centuries. 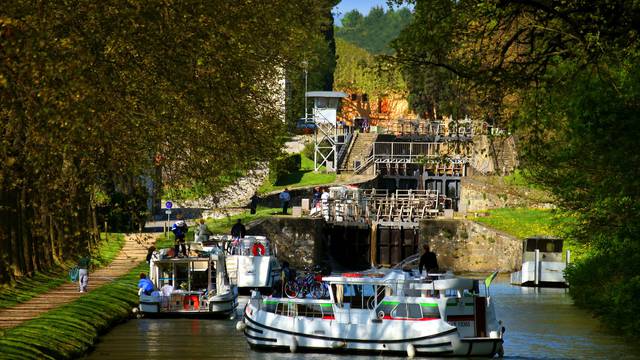 This 17th-century engineering masterpiece, designed by Pierre-Paul Riquet to link the Mediterranean to the Atlantic, is a UNESCO World Heritage Site. Initially, the people of Carcassonne did not want the canal built. The tributary that passes through Carcassonne today was constructed at the beginning of the 19th century. From the Port of Carcassonne, anyone can sail (no licence required). Alternatively, follow its famous banks by bike or on foot, watching the boats pass through the lock (find out more). 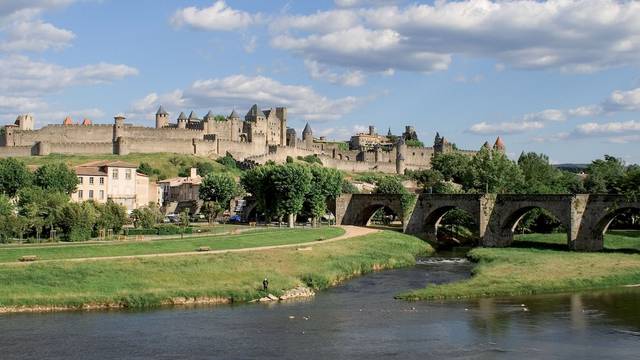 The banks of the Aude

Between the Cité and the Bastide, the isle and the banks of the Aude are a nice place for a stroll. There are various circuits, both on foot and by bike, where you can explore a varied landscape, have a picnic and cross the Way of St James. If you look up, there is a superb view over the Medieval citadel. The plains of the Aude are a site of ecological interest. The 'riparian area' - the vegetation on the banks of the river - provides shelter for numerous species, such as the European bee-eater, a beautiful multicoloured, iridescent bird. The riparian area also plays an important role in absorbing excess pollutants and stabilise the banks. In this largely wine-growing area, the sunflower has a little wild companion: the rockrose, whose flowers also follow the sun's path across the sky. 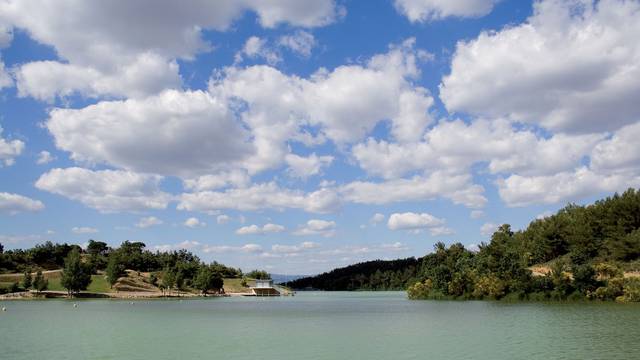 Commonly known as 'Carca Plage', this lake has both thrilling and relaxing activities, water and shade, games and trees. A huge, unusually-shaped 18-hectare lake is situated in a 40-hectare park amongst pine trees and heathland. Laughter escapes from the forest: someone is walking through the trees on a pirate plank. Suddenly, a shriek: someone else has zoomed past on a giant zip line across the lake! Further away is a mini-golf course, sandy beaches and beach volleyball. On the water, pedalos gently move away from the banks, whilst children joyfully zoom down inflatable slides. This lake is 7km from Carcassonne, and was created in 1985 following a fire. This free-access Mediterranean leisure centre, can be reached by car, bus or on foot along the GR36. 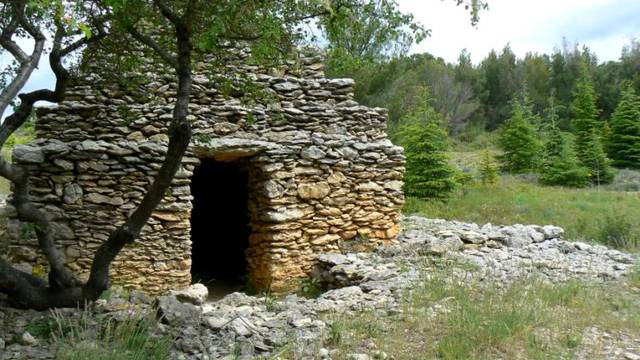 A little north of Carcassonne, the village of Conques-sur-Orbiel blossoms in a garrigue with intoxicating scents open to the Pyrenees and the Montagne Noire. This scrubland is home to an exceptional rural heritage: huts, or "capitelles", 45 of which have been entirely restored by the Foyer Laïque de Conques. Four circuits propose to discover these 19th century constructions, made of dry stones, that is to say without mortar or cement. Shacks with unexpected shapes, long raised walls, tell the story of the life of our great-grandparents, who cleared this territory, and built, stone after stone, these memories that today animate a solitary nature ... 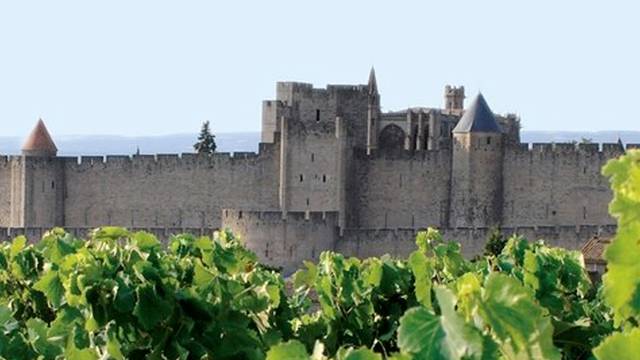 Let your imagination run wild in the castle towers, lose yourself in the narrow Medieval streets and dominate the world from the rampart walls before relaxing with a drink on one of the terraces. Yes, Carcassonne has all of this! (Find out more).

In 1898, to celebrate the 'Cadets de Gascogne', a group of famous artists, writers and politicians, Carcassonne organised a plethora of festivities. Achille Rouquet (1851-1928), himself an artist and poet, had the idea to light up the Cité by setting off Bengali fireworks. Ever since, the city has organised an incredible pyrotechnic show on the 14th July. 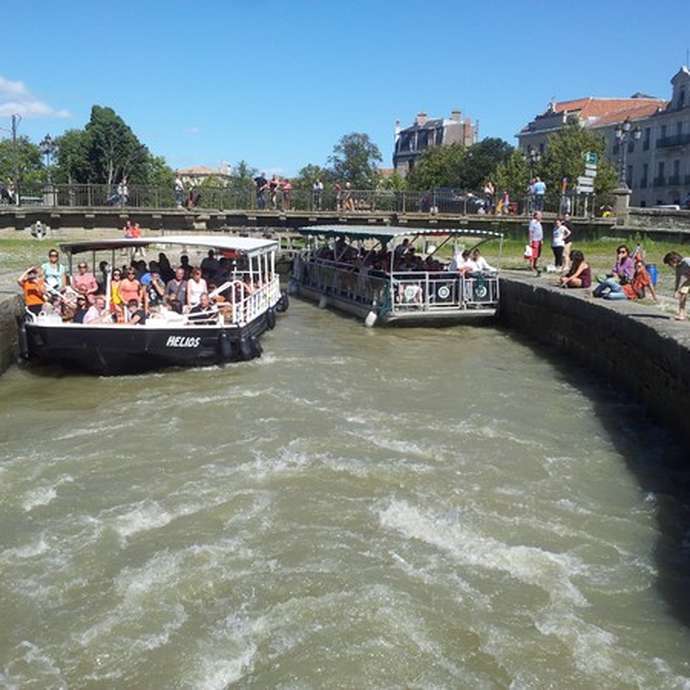 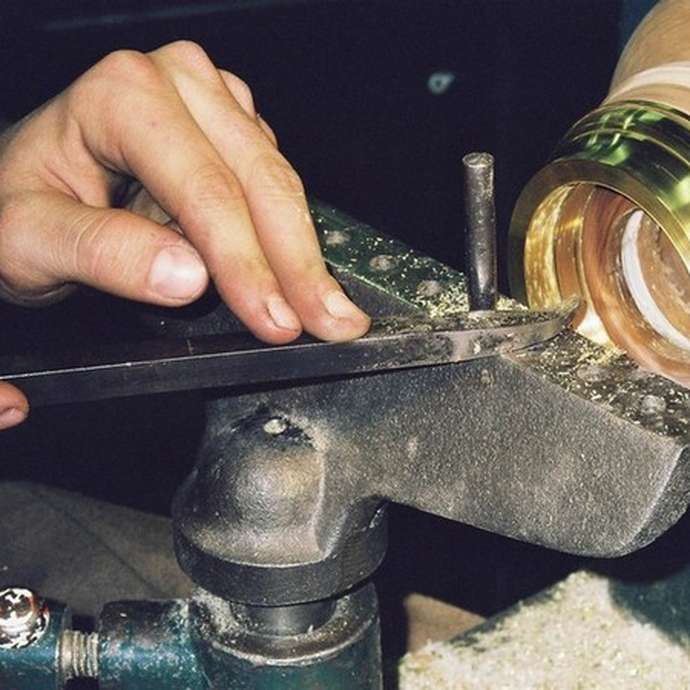 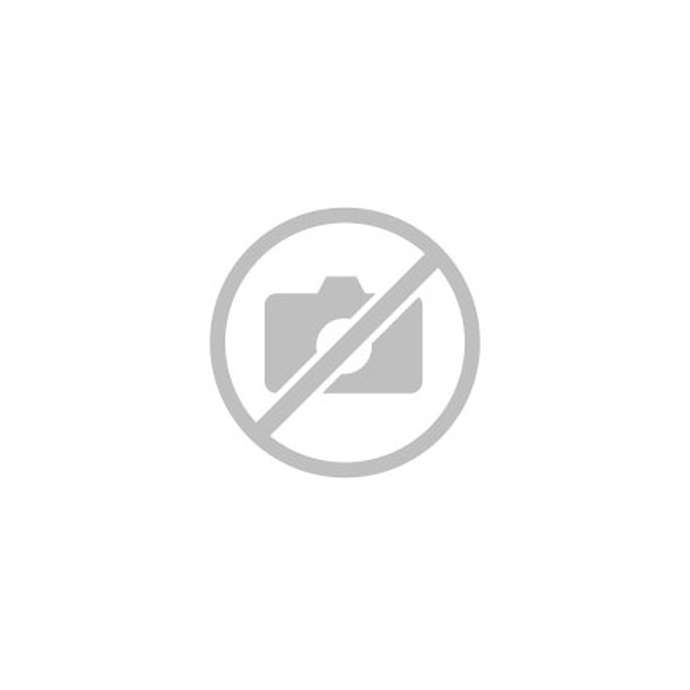 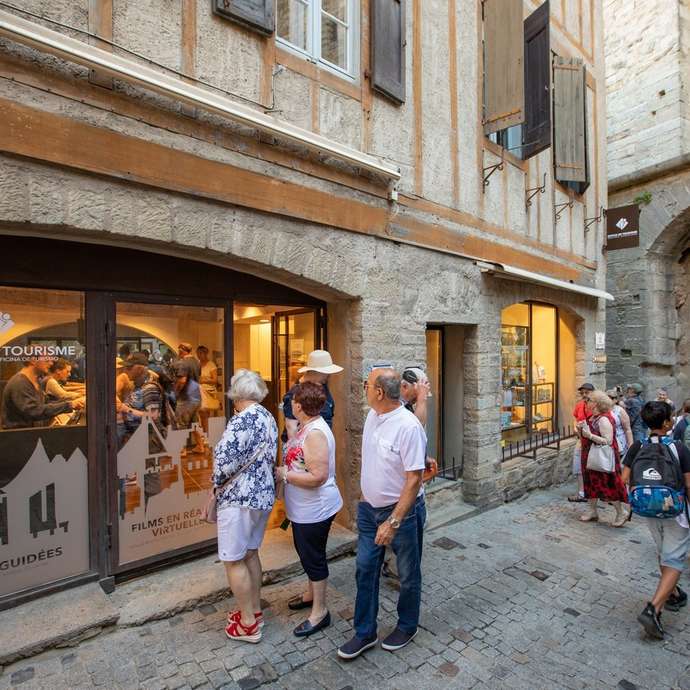